A Celebration Designed Specifically for the Groom, Each of Them

The cake, by City Sweets and Confections, rose seven feet above the floor. “The New York Times”.

When Dr. Amit Patel and Martin Fulton met through Facebook almost eight years ago, neither of them had ever dated online. They didn’t live in the same state. Neither of them had ever said “I love you” to a boyfriend, and they had never introduced a significant other to their parents. Dr. Patel had not even come out as gay to his own family.

Last month, all of that was a distinct memory as the two grooms rode down Wall Street on white horses to exchange vows in a multicultural, dual-ceremony wedding that included 290 guests, a seven-foot-tall cake and several pairs of shoes.

“Despite us being gay, we’re marrying in a traditional Hindu wedding and having a Christian ceremony the way any other couple would,” said Dr. Patel, 40, an oncologist in Jersey City. “It will be a little different, but we want everyone to see that. We are surrounded by so much support and love, we want to celebrate that.”… 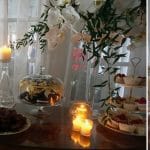